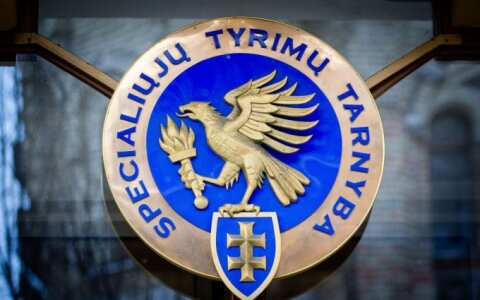 The commission members are suspected to have created conditions for foreigners to get resident permits in Lithuania.

Sources told BNS Lithuania that Aušra Mažonienė, director of Pagiriai Gymnasium in Vilnius District, was among the suspects. She chairs the special commission assessing foreigners' knowledge.

She and the other two commission members are suspected of having created conditions for foreigners' to legalize their presence in Lithuania.

Over 20 searches have been carried out as part of this investigation. The suspects are currently in custody.

It is suspected that foreign citizens paid bribes to pass the Lithuanian language and constitutional knowledge exam to eventually be granted resident permits from the Migration Department.

Related articles
Misappropriation and abuse, which surprised Masiulis: they did not even try to hide it
Saving private Skardžius – is the commission ruling aimed at safeguarding the coalition?

According to the STT, quite a number of third country citizens are trying to illicitly enter the European Union via Lithuania, legalize their presence and then freely travel the Schengen zone.

According to the STT, this is not the first such case. In 2014, 11 people were charged with influence peddling related to the issuance of temporary resident permits to foreigners. The suspects included four former executives of the Migration Department, two lawyers, two lawyers' assistants and one businessman.