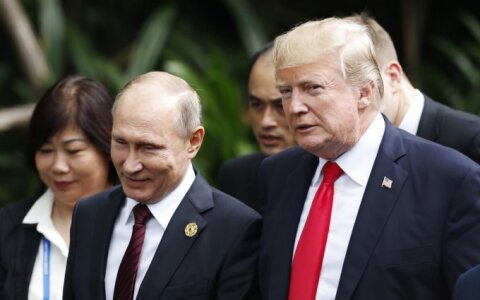 Lithuanian President Dalia Grybauskaitė says she is concerned about the upcoming meeting between US President Donald Trump and Russian President Vladimir Putin.

"We are always concerned. We know who Putin is. We know who our neighbor is and what we can expect. That is why we taking this meeting and its possible results very seriously," the president told reporters as she arrived for NATO's summit in Brussels.

"We saw another interesting meeting with North Korea's leader, where the results, I'd say, were very controversial, too," she said.