Lithuanian ForMin: Russia is pitting, sinking deeper into slough of Soviet past 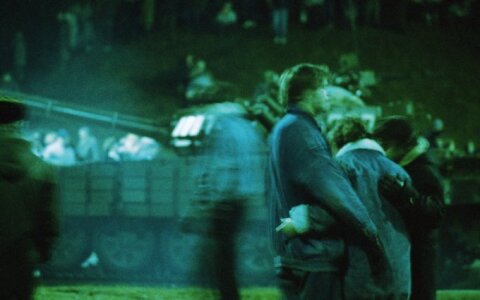 "Unfortunately, the Russian Federation is sinking deeper into the slough of Soviet past where neither a person's life, nor freedom, nor the sovereignty of neighboring countries were respected," the ministry said in a statement.

"Russian law enforcement structures are evolving with a constantly growing momentum into a repressive apparatus which is becoming an instrument of the government's lawlessness, instead of acting as a counterbalance to the government as characteristic to democratic states," Lithuania's Ministry of Foreign Affairs said, responding to Russia's law enforcement's decision earlier on Monday to open cases against Lithuanian judges and prosecutors hearing the January 13 case, based on an article of the Criminal Code of the Russian Federation on "knowingly bringing an innocent person to criminal liability“.

According to the ministry, Russia's accusations that the Lithuanian court hearing the January 13 case against the organizers and participants of aggression lacked objective evidence are especially cynical as Russia has itself refused to cooperate on the January 13 and Medininkai cases.

"Russia has actively hidden and protected the organizers and executors of armed action against peaceful residents and officers and has taken all possible action to help them evade responsibility. The rhetoric of the Russian Federation's Investigative Committee is distorting facts and wants to establish an alternative reality," the ministry said.

It also underlined that sentences in the January 13 case to all persons who committed those crimes or contributed to them in any way will be issued by court, and ruling in the Medininkai case has already been issued.

"Lithuania will continue putting every effort for justice in the January 13 and Medininkai cases to prevail," the Lithuanian Ministry of Foreign Affairs said.

The ministry also said it remembers hundreds of thousands of Russian residents who took to the streets of Moscow, Saint Petersburg and other Russian cities to express their disapproval of the Soviet army and its collaborators' actions in Vilnius.

A total of 67 people have been charged with crimes against humanity and war crimes in the January 13th case, with the majority of them standing trial in absentia. Lithuanian prosecutors have proposed sentencing former Soviet defense Minister Dmitry Yazov and several other army officers to life in prison.

Lithuanian ForMin: Russia is pitting, sinking deeper into slough of Soviet past