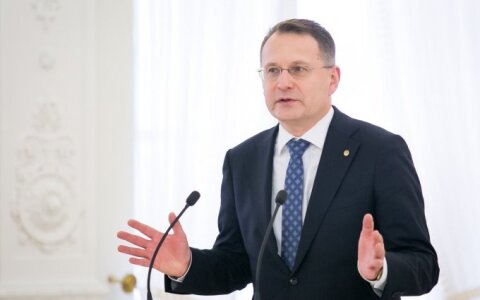 Dainius Žalimas, president of Lithuania's Constitutional Court, has called Russia's decision to launch an investigation against Lithuanian judges and prosecutors working on the January 13 case "a parody of justice".

In his words, "there's neither law nor justice for a long time" in the activity of the Russian Investigative Committee.

"To persecute officers opening cases on crimes against humanity, war crimes and aggression is a parody of justice," Žalimas told BNS on Monday. "One could describe this w