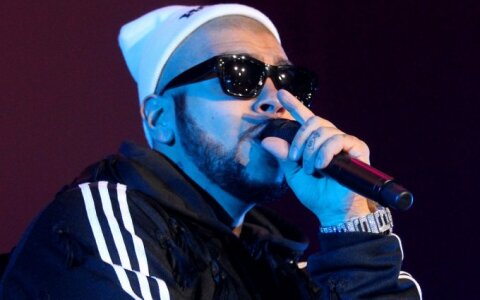 "Yunusov is known for his close ties with Russian President Vladimir Putin. And he wrote a glorifying song "Best Friend" on the occasion of Putin's birthday," Kasčiūnas said in a statement.

It also says Yunusov took part in a concert held to mark the anniversary of Crimea's occupation and annexation by Russia last spring and also toured Crimea with his new program last week.

"All of this clearly shows that Yunusov supports Russia's aggressive policy and Crimea's annexation. And this is one of the factors behind the formation of the unwanted persons list in Lithuania," Kasčiūnas said.

Timati is scheduled to perform in Vilnius in November. He's given concerts in Lithuania several times already.