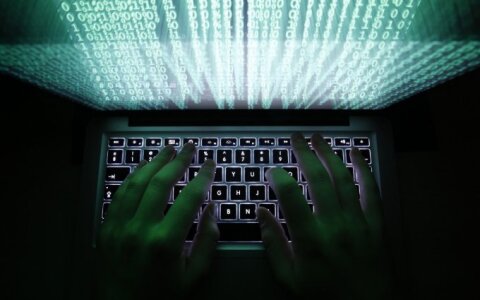 The Lithuanian Defense Ministry, its National Cyber Security Center and the country's major online media outlets signed on Tuesday an agreement on cooperation in cyber security.

Almost all of Lithuania's largest media organizations have been subjected to cyber-attacks in the past few years.

The document was signed by the Internet Media Association, which brings together Delfi.lt, 15min.lt, Lrytas.lt, Alfa.lt and Lrt.lt, as well by the business news website Vz.lt and the news agencies BNS and ELTA.

Defense Minister Raimundas Karoblis noted that cyber-attacks against the media are becoming "more dangerous, more complex and more sophisticated" and "can cause great chaos in society and in the state".

The Defense Ministry and the National Cyber Security Center plan to invite the media organizations' IT teams to participate in national exercises and training and to cooperate in exchanging information and helping to deal with cyber-attacks.

The agreement will make it possible for media representatives to take part in the Cyber ​​Security Council's meetings and to jointly test the resistance to cyber-attacks.

Aistė Žilinskienė, head of the Internet Media Association, said that more visible cyber-attacks against media outlets started back in 2010.

The system of BNS Lithuania was hacked last year to post a fake news story alleging that a group of US troops in Latvia had been exposed to mustard gas.

The Tv3.lt news website was broken into earlier this year to plant a fake news story about Defense Minister Karoblis having admitted to being gay.

Several news portals, including Delfi.lt, Lrytas.lt and 15min.lt, and Diena Media News' websites have come under the so-called denial-of-service attacks in recent years.