Lithuanian president honors memory of Senator McCain at US Embassy 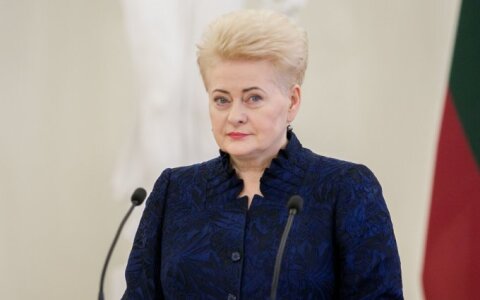 Lithuanian President Dalia Grybauskaitė on Thursday signed the Book of Condolences opened at the United States Embassy for honoring the memory of US Senator John McCain.

According to the president, Lithuania will remember Senator McCain as a sincere friend whose support for national security and defense was always felt, the presidential press service said in a statement.

"Senator John McCain was an exceptional patriot and leader of his country. His courage and life-long dedication to the values of freedom and democracy will remain an inspiration to Lithuania and to the world," the statement reads.

Grybauskaitė extended sincere condolences to the senator’s family on behalf of the Lithuanian people.

A Vietnam War veteran, Senator McCain, 81, died of brain cancer on Saturday. We worked in the Senate for more than 30 years.

Lithuanian president honors memory of Senator McCain at US Embassy