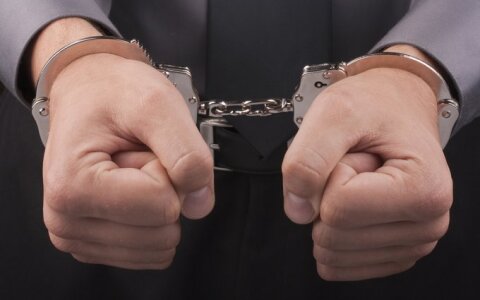 Viktoras Pranckietis, the speaker of the Seimas, says that a draft law granting amnesty to some prisoners will be improved to bring it into line with the Constitution.

"We discussed at the meeting of the (Seimas) board that it shoul be improved. The initiative as such is good, but it must comply with the Constitution," he said on Thuirsday.

Pranckietis spoke to reporters after the board's members met with President Dalia Grybauskaitė.

The parliament's Committee on Legal Affairs decided on Wednesday to submit the bill to the full Seimas for consideration, despite legal experts warning that it may run counter to the Constitution.

The committee's votes were tied and its chairwoman, Agnė Širinskienė of the Lithuanian Farmers and Greens Union (LVŽS), used her casting vote to support the bill proposed by Ramūnas Karbauskis, the ruling party's leader.

The parliament's Law Department has said that the draft law on grantign amnenty to severel hundred convicts may be discriminatory in that it gives preference to older people and mothers with children.