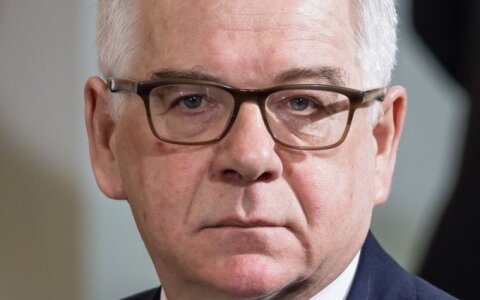 Polish Foreign Minister Jacek Czaputowicz is expected to arrive in Lithuania on Thursday.

The Polish minister will also attend the opening of the Polish embassy's new building in Vilnius.

Bilateral relations between Vilnius and Warsaw had been marred by their disagreements over ethnic minorities' situation in the past decade, but a diplomatic thaw began last year.

A major breakthrough in ties between Vilnius and Warsaw came in June 2017 with the signing of a deal between the state railway company Lietuvos Geležinkeliai (Lithuanian Railways) and Orlen Lietuva, the Lithuanian unit of Poland's Orlen that owns the Mazeikiai crude refinery.

Lithuanian Prime Minister Saulius Skvernelis was last week named Man of the Year 2017 in the Krynica Economic Forum in Poland.

Poland also seeks support from Lithuania in its row with the European Union over its controversial judicial reform.