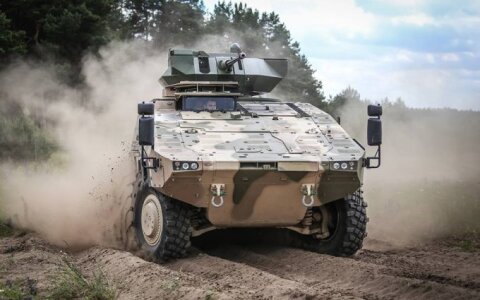 The Lithuanian government has asked the parliament to allow it to borrow funds to increase defense funding and thus meet NATO's 2 percent of GDP spending target.

A bill giving the go-ahead for the Finance Ministry to use borrowed funds to finance NATO-related financial commitments passed the first reading on Tuesday and will require two more readings to be adopted.

It was said when the 2018 budget was being planned that Lithuania's defense spending would reach 2.006 percent of GDP, but the rate might be lower because of the country's faster-than-expected growth.

"We should be glad that the economy is growing faster than expected," Finance Minister Vilius Šapoka told the parliament.

US President Donald Trump strongly criticizes NATO member states that fail to spend at least 2 percent of their GDP on defense.

BNS estimated that an additional 18 million euros will have to be allocated for the defense budget this year if the economic growth forecasts are not revised in the fall.