Energmin calls deal on synchronization scenario 'decision of the decade' 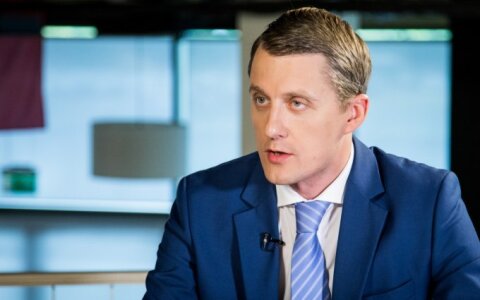 Lithuania, Latvia and Estonia have reached a long sought-after agreement that opens the way for the further development of the key regional energy project, Lithuanian Energy Minister Žygimantas Vaičiūnas said on Friday after a scenario for the Baltic power grids' synchronization with the Continental European was endorsed in Brussels.

"I'd describe it as the decision of the decade. A concrete synchronization scenario was approved. We had previously approved the direction through Poland, and today we approved a technical solution for how this has to be done," Vaičiūnas told BNS.

"This also marks a transition to the level of understanding among the Baltic countries and probably is one of the few success stories in the Baltic energy integration process. This is a turning point," he said.

The Baltic Energy Market Interconnection Plan (BEMIP) High Level Group, which is made up of representatives of the three Baltic countries, Poland and the European Commission, on Friday approved a technical synchronization scenario worked out by the Institute of Power Engineering in Gdansk.

"The scenario involving the land and submarine interconnections and synchronous compensators was preliminary selected in June and today it was finally approved following additional calculations. No doubts were raised as to either the reliability or the cost of the scenario," Vaičiūnas said.

The scenario calls for synchronizing the Baltic grids via the existing LitPol Link interconnection between Lithuania and Poland and a new submarine cable between the two neighboring countries, as well as for installing synchronous compensators at hydro power plants in the three Baltic states.

Between four and nine compensators, each costing around 25 million euros, would be installed and their total operating costs would range from 400 million euros up to 4 million euros, depending on the number, sources told BNS.

The minister would not disclose any further details about the approved technical solutions, saying it was a prerogative of the transmission system operators and ENTSO-E.

"Today's decisions mark the first time that we can say with confidence that technical solutions have been chosen and they allow us to apply for funding in the short term, by October 11, and to plan to draft further CEF applications in the first half of 2019, when calls are issued," he said.

The total cost of the project, including additional technical solutions, such as synchronous compensators, is estimated at around 1.4 billion euros. The EU is expected to cover 75 percent of the cost.

Energmin calls deal on synchronization scenario 'decision of the decade'