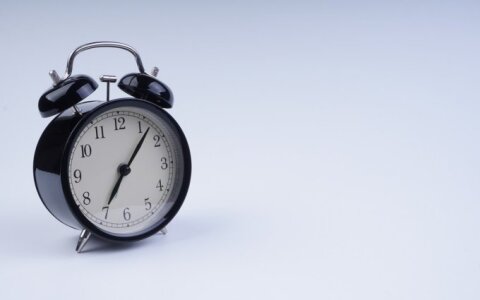 A representative public opinion survey is getting underway in Lithuania to ask people if they think the country should go for permanent summer or winter time, the Transport and Communications Ministry said on Monday.

Lithuania will also hold public consultations with interested institutions and bodies and will consult its neighbors, the ministry said.

"The public opinion survey and consultations with interested institutions will help to find out whether the country would prefer to stay on summer or winter time permanently," Transport and Communications Minister Rokas Masiulis said in a press release.

"This will serve as a basis for further coordination of decisions with neighboring countries," he said.

In September, the European Commission proposed to put an end to the practice of adjusting clocks twice a year in 2019, but many member states think this is not realistic.

The Commission proposes to let each member state decide whether to adopt summer or winter time permanently, but they should coordinate their choice with neighbors.

EU transport ministers are discussing the issue of clock change at their meeting in the Austrian city of Graz.