NATO jets scrambled once to accompany Russian plane over Baltics 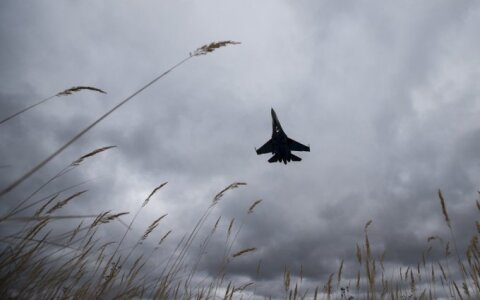 Fighter jets stationed in the Baltic states as part of NATO's Baltic air policing mission were scrambled once last week to intercept and accompany a Russian military plane flying in the international space over the Baltic Sea.

According to the Ministry of National Defense, on Oct. 30, NATO jets identified a Russian AN-26 flying from Russia's Kaliningrad region to mainland Russia.

The plane was flying with its onboard transponder switched off but had a flight plan and maintain communication with the regional flight center.

NATO's air policing mission is carried out from Lithuania and Estonia.

NATO jets scrambled once to accompany Russian plane over Baltics