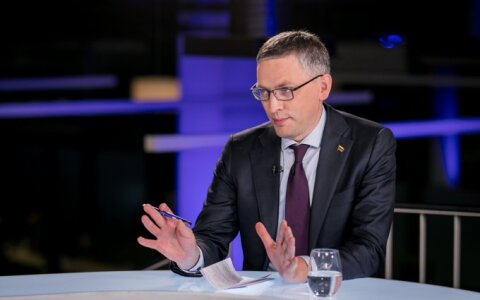 An ad hoc commission set up by the Lithuanian parliament to investigate unlawful influence on political processes has failed to obtain the requested information from the Seimas Committee on National Security and Defense (NSGK).

"We have received a reply from the NSGK saying they could not provide us even with the list of documents that were available to them," MP Agnė Širinskienė of the ruling Lithuanian Farmers and Greens Union (LVŽS) told reporters on Wednesday.

"They believe this is a state secret, even though we only asked for numbers, dates and names," she added.

Širinskienė doubts that this is a state secret and expects to receive the information from the State Security Department (VSD).

Related articles
Bakas: some of the members of Širinskienė‘s commission should be investigated themselves
President slams MPs' "attempt on" Constitution's Chapter 1

"We'll turn to the VSD over that information and we expect to receive that list from the department," she said.

The committee is headed by Vytautas Bakas, another LVŽS lawmaker.