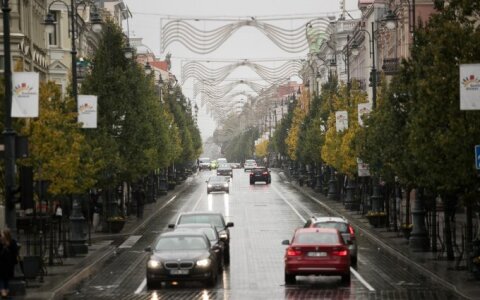 A commemorative plaque was unveiled in Vilnius on Friday on the occasion of the 100th anniversary of Lithuania's first government.

The plaque marks the place of a former building in Gedimino Avenue where the State Council of Lithuania and the country's first Cabinets held their meetings in 1918.

According to historian Algimantas Kasparavičius, the first government of the modern national state of Lithuania held its first sitting in what was then the Lithuanian State Council Building on November 9, 1918.

The first Cabinet, headed by Prime Minister Augustinas Voldemaras, served for only a month and a half.