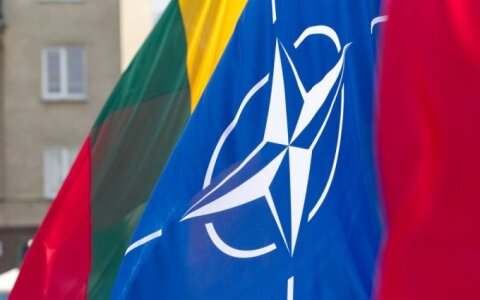 According to the Lithuanian government, Skvernelis' visit to Brussels to meet Stoltenberg is scheduled next Monday. The PM of Lithuania and the NATO chief are to discuss capabilities to enhance the mobility of allied forces in Europe, relations with Ukraine and Russia, Lithuania's efforts to ensure its security.

The officials are also to discuss the ability to send additional allied capabilities to Lithuania.

"We have various security and defense issues to discuss, including air defense and expansion of the multinational NATO battalion in Lithuania," Deividas Matulionis, the First Deputy Chancellor of Lithuanian Government, told Lithuanian news agency BNS.

Lithuania, a small Baltic country with a population of less than 3 million and NATO's Eastern-flank member country, received the German-led multinational battalion of roughly 1,200 troops.

Lithuania does not have its own air-policing capabilities and has been dependent on rotating Baltic air-policing missions deployed by the allied countries in Lithuania since 2004.

Since 2014, Lithuania has stepped up its defense capabilities and gradually increased defense spending citing security threats. The country expects to achieve NATO defense spending target of 2 percent of GDP this year.