Mindaugas Jurkynas. Not waiting for Godot: Lithuania and Poland tomorrow 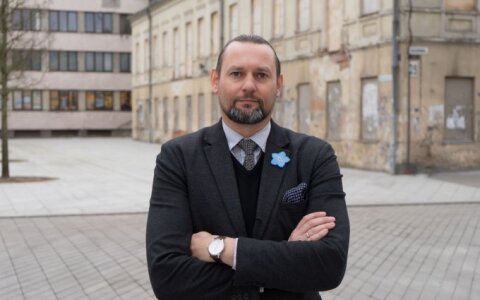 Scientists and ministry officials discussed regional security and cooperation. Lithuanian-Polish relations are not experiencing a renaissance, however there is a visible political and academic warming, pursuit of common denominators and mutual benefit. The nearing Lithuanian presidential and European Parliament elections inevitably will present questions about Lithuania's place in the region and the state and prospects of relations with its neighbours.

Relations with the USA, the direction of the EU's development, the Russian factor, Eastern Partnership, the Baltoscandia format and, of course, Poland will be the main topics of foreign policy. The opinions of experts and scientists normatively seek to eliminate or soften conflicts. It is idea diplomacy of a certain level. Politicians unfortunately do not always heed experts. It is natural because politicians' main goal is elections and sometimes emphasising conflicts allows to gather political points even at the cost of good relations.

Lithuanian-Polish relations are influenced by several irreplaceable factors: neighbourhood, history and the difference of power. Up to now, the dynamic of relations with Poland was noted with inert cooperation in larger formats such as the EU and NATO, if not frostiness. There is room for bilateral relations to develop and not necessarily at the cost of other countries. You can get along with states, whose foreign policy values and interests match yours.

You cannot choose your neighbours – that they or we would travel to Madagascar or the Promised Land. Poland is and will continue to be the first choice of important directions for Lithuania.

Transport and logistics routes, infrastructure and energy links, trade and... shopping in Suwalki. You need only ask if we want a border with Poland and frowns would be directed at the one asking. History is a more interesting, but also a far more sensitive variant. It's like a wine menu that you can choose from.

If we want to bicker, we can always state that Lucjan Żeligowski's military actions and the annexation of Vilnius region, certain actions of Armia Krajowa in Lithuania or even Poland's political, linguistic and cultural role in the Commonwealth was unfavourable to Lithuanian sovereignty and public development.

If we want to be friends, we look to the progress of the May 3rd Constitution (the second in the world and first in Europe!), Poland's importance to us in the NATO format, coping with mutual threats from the Kremlin, a search for cultural, political figures and factors that unite the two countries in cooperation, rather than seeking to deepen problems.

No country exists in a vacuum. It develops its relations with its neighbours and international organisations. Their road and ours can separate here.

This is typically decided by the political colouring of the government. It is no secret that discussions in Poland and sometimes even disagreements with the European Commission, which monitors the adherence to EU agreements, or unfavourable European Court of Justice decisions to Poland are pacta sunt servanda.

Despite the differing distribution of political powers, our states are and will continue to be neighbours, EU and NATO partners in a sensitive geopolitical situation.

"Thanks" to V. Putin, Russia will not be a democratic state with the rule of law; neither tomorrow, nor the day after. Both we and the Poles understand this and due to this, there are ample areas for greater cooperation.

Let us not forget that we are the smaller state, whose resources and capacities are not what we would like. Due to this, small states, as the development of international relations shows, rely on rules, activeness, cooperation and participation in both regional and international organisations.

Small states can have a greater level of empathy. Understanding the problems of other countries and desiring to aid in resolving these increases the status and reputation of small states.

You can take former Lithuanian President Valdas Adamkus for example. His personal attention to improving relations with Poland and mediation in the EU between Poland and major EU states has shown that we have the capacity to understand our neighbours and aid them when needed.

This is how Lithuania earns recognition as a state capable of contributing to solidarity and resolving problems. This requires neither major economic resources, nor a large army.

The meaning of understanding and political empathy could help Lithuania in neighbourly relations and beyond. We should not forget that Poland's romantic-cultural nostalgia and sympathy to small Lithuania is untapped potential for improving bilateral relations.

In Samuel Beckett's play Waiting for Godot, Godot never shows up. We should not wait for Godot – bilateral relations will not improve on their own. Will we go in the direction of improving relations without narrow domestic policy calculations and antagonising nationalist stances in the XXI century is an important question in both countries.

Mindaugas Jurkynas. Not waiting for Godot: Lithuania and Poland tomorrow