Ministry of Foreign Affairs calls on prosecutors regarding Agrokoncernas 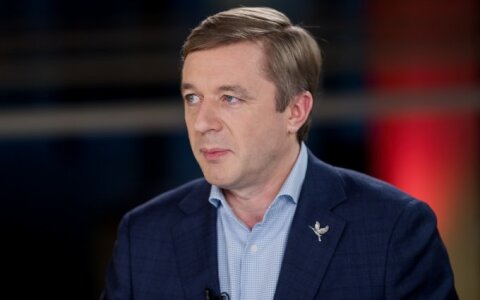 Minister of Foreign Affairs Linas Linkevičius confirmed to Delfi on Friday that the Foreign Ministry has approached prosecutors regarding Agrokoncernas’ links to Arkady Rotenberg.

"The involved companies may not be included in the sanctions list, however their potential owner, he is. And thus, if that is the case, we see this as a potential threat because it could be a breach of the sanction regime (...) Because the owner, if they have over 50% of the shares, is also the benefactor of those deals. Since this is based on only public information, it is insufficiently reliable to make conclusions, thus we have approached the prosecutors," L. Linkevičius told Delfi.

According to him, this is not the first time that the Foreign Ministry has gone to the prosecutors' office due to needing legal information.

"Such is the process now. Since the companies are not in it (the sanctions list), but the owner is, we see risks and recommend to not perform such business. Agrokoncernas has seemingly made a statement that they intend to halt those relations. However, to fully evaluate everything legally, we need the involvement of relevant institutions. This should be done by the prosecutors," L. Linkevičius said.

Delfi reminds that the LRT Investigation Department uncovered that the ruling "Farmer" leader Ramūnas Karbauskis' Agrokoncernas imports fertiliser not only from the Russian fertiliser producers Phos Agro and Acron. Fertiliser is also arriving in Lithuania from Vladimir Putin's childhood friend, who built the Crimean bridge.

Arkady Rotenberg, who owns one of the largest Russian nitrogen fertiliser factories Minudobreniya, has had international sanctions applied. However, this does not encourage the leader of the largest Seimas group R. Karbauskis to cease business relations with this fertiliser producer. R. Karbauskis assures that agronomists working in Agrokoncernas cannot be aware of all the shareholders.

In regard to international politics news, L. Linkevičius told Delfi that there currently are talks with EU partners over new sanctions against Russia due to the country's aggression against Ukraine in the Sea of Azov.

"We declared national sanctions. We are talking to our partner countries, who could potentially also join. I have held intensive discussions in Brussels and Milan recently. We will see. This is not the first time that we are seeking consensus at the European level; if it fails, we will take steps at the national level. At this stage these are just national sanctions, while the others are still considering," the foreign minister stated.

According to him, it is not simple to maintain even the current sanctions, thus implementing new ones is no simple feat, however Lithuania is making efforts in this direction.

Ministry of Foreign Affairs calls on prosecutors regarding Agrokoncernas