Political scientist: S. Skvernelis has made a massive mistake 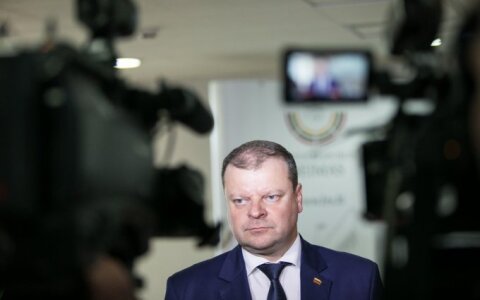 "The prime minister has made a massive mistake: he chose to involve the intelligence services into political conflict with an opposition party. You cannot politicise the VSD even if someone earnestly thinks that the opposition is contributing to public unrest, organising protests and thus increases the risk that Russia will exploit such moods and will try to further increase public discord or cause a political crisis," Vilnius University Institute of International Relations and Political Science professor T. Janeliūnas wrote on Facebook, noting that high level politicians must not immediately rush to seek an external perpetrator for internal political difficulties.

Related articles
Prime minister calls on intelligence services regarding potential influence on the Conservatives
Analyst: the prime minister does not comprehend he is not a police general in Venezuela

The expert concludes by expressing hope that the VSD will remain neutral and will avoid becoming involved in efforts to use the intelligence service as a tool of political conflict because failing to do so would be undermining all intelligence branch reforms made since the 90s.

Former head of VSD: talks that "someone is behind something" is fashionable

2010-2015 VSD head Gediminas Grina tells lrt.lt that involving the intelligence branch in political clashes is nothing new and happens often, albeit refusing to further comment on the currently developing situation.

1998-2004 VSD head, Signatory of the Act of Independence Mečys Laurinkus told lrt.lt that in order to evaluate S. Skvernelis' actions, one would need to know the content of the prime minister's note to the VSD.

"Everything depends on the content. If it is counter intelligence content, then of course it is natural to contact the VSD. If it is material of a different sort, say economic information, then it is not the VSD that should be contacted," the former intelligence chief noted.

Nevertheless, he doubts the Kremlin may be behind the conservative Homeland Union – Lithuanian Christian Democrats, quipping that it is more likely they would have links to North Korea than the Kremlin.

"It is very fashionable to talk about how "something is behind something" nowadays. It is talked about around the world. [...] Honestly, I was quite surprised because the prime minister is a professional, a professional of criminal intelligence, a jurist who understands the situation. I was surprised by the prime minister's actions," M. Laurinkus stated, noting that he never supported intelligence services being involved in politics, however he admits that the reality is what it is.

Political scientist: S. Skvernelis has made a massive mistake