Teachers’ strikes officially ending, could be renewed next year 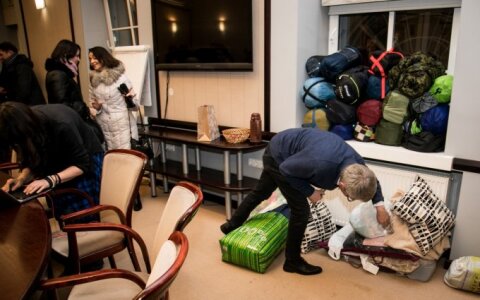 With agreement reached on improvements to wage payment procedures, teachers are ending their strike on Friday. That said, the trade union, which initiated it states that the strikes could be renewed next year.

According to union chairman Andrius Navickas, the teachers' representatives have come to agreement with the ministry on an algorithm, which will help calculate teachers' wages more clearly and transparently.

The improvements are to be put in place next September. That said, the financing has not yet been agreed on, thus A. Navickas suggests that the strikes could be renewed next year.

According to minister Rokas Masiulis, finances for teachers' wages could be found by performing audits in the Ministry of Education and Science, as well as its subordinate institutions.

Related articles
What is S. Skvernelis seeking with his behaviour?
Ministry of Transport and STT will audit the Ministry of Education and Science and subordinate institutions

According to the minister, every school will have to decide itself, how to compensate students for classes missed due to the strikes.

The teachers' strike lasted a total of six weeks, with teachers staging a sit-in at the ministry for three weeks.

Minister of Education and Science Jurgita Petrauskienė lost her office during the strikes, however the prime minister assures that the dismissal was not due to the strikes.

Teachers’ strikes officially ending, could be renewed next year