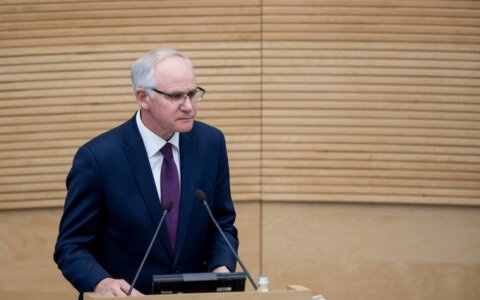 Minister of Education, Science and Sports Algirdas Monkevičius is starting meetings with education trade unions. The trade union, which organised a teachers’ strike in December states it will repeat its demands on raising hourly wages and reducing class sizes, lrt.lt writes.

A. Monkevičius emphasises the importance of dialogue and discussion in the run up to meeting the heads of five education trade unions.

The first meeting is to be with Andrius Navickas of the Education Staff Trade Union, which organised the strike.

The teachers ended their six week long strike after agreeing with the interim head of the ministry, Minister of Transport and Communications Rokas Masiulis, on improving the teacher wage payment model.

From September, an algorithm will be put in place, which should help calculate teachers' wages more clearly and transparently.

Back then, A. Navickas said that the strikes could be renewed because agreement was not reached on one more demand – 20% higher teachers' wages.

The ministry expects to find extra funds for the wages by performing an audit on its subordinate institutions.