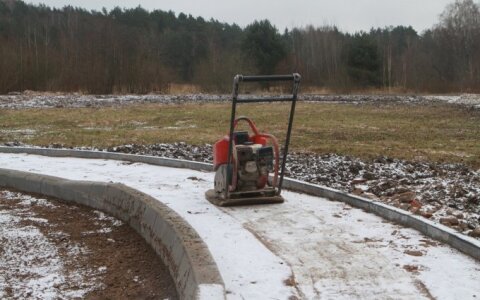 The Ministry of Economy and Innovations has registered a legislative package, which specifies that the state could take land belonging to individuals if a large investor needs it. Seimas jurists note that this could clash with the Constitution.

Article 23 of the Constitution states that property is untouchable, that its rights are protected by law and it can only be taken based on legal norms for the needs of the public and with just recompense.

As the Seimas Legal department notes in its conclusions, investors would first have to form a large project investment contract with the government.

"With the specified contract, investors investing in manufacturing or data processing, internet server service and related activities must commit to establishing no fewer than 200 jobs, the investor's private capital investment in the investment project must comprise no less than 30 million euro," the document states.

Related articles
Luminor economists forecast Lithuania’s economy to slow down in 2019, however the year will be good for reforms
International investors discover Šiauliai

The jurists explain that it is proposed to establish that in any case, when a major project investment contract is signed, the land needed by the investor to enact the contract could be taken for public needs because based on the law, the fact of the contract inherently means that the land is necessary to satisfy the public interest, thus creating a legal basis to take the land necessary.

"The laws have no outline, based on what criteria investors should select the land necessary to enact the contract, thus they could do it at their own discretion," the conclusions state.

Taking from the weaker and giving to the stronger?

On Wednesday, the adherence of the investment and land law changes to the Constitution were deliberated in the Seimas Legal Affairs Committee.

"We stand by the position that the taking of land for public needs is an extreme measure, which is only possible in exceptional cases. We believe that we are not creating any specific new regulation. We are operating based on what exists. If the object is recognised as being of state importance, we are operating based on that and all procedures," Vice Minister of Economics and Innovation Marius Skuodis, who participated in the sitting, said.

Meanwhile, committee chairwoman Agnė Širinskienė noted that the proposal is intended for the benefit of private business subjects and not the public.

Social Democrat Julius Sabatauskas told Delfi that the proposal would allow to take land from a weaker (physical) individual and grant it to a stronger (legal) individual.

"If you are a physical individual, you have nothing standing behind you, we take your land and hand it to some business group. [...] I see no justification for such a project," he said.

Liberal Vitalijus Gailius agreed with such views, stating in the committee sitting, "This is a clear breach of the principles of the rule of law."

The legal package presented by the ministry contains further changes. As the explanatory text specifies, its creation was spurred by how drawing domestic and foreign investment is gaining ever greater significance and is becoming one of the key tasks for countries in international politics, contributing to the creation of new jobs and economic development.

"The more favourable the investment environment that Lithuania can form for investors, the greater the country's ability to compete with other countries in drawing investment to Lithuania or their expansion in Lithuania.

"In order to establish an SEZ, very low requirements are to be fulfilled – only 100 thousand euro in capital investment. Thus, there isn't even a job creation criterion, nor other restrictions. Currently, SEZ territories occupy 25 thousand hectares, of which 20 thousand are occupied.

Currently, there are 2056 companies settled there, creating 230 thousand jobs. Furthermore, from 2018, new SEZ regulations came into power, which outline that a company can settle anywhere in Poland and make use of the exemptions and bonuses. Thus, Lithuania does not have a competitive advantage," the text states

It is also explained that the land needed to implement major projects or parts of the land plots could be taken for public needs based on special territorial planning documents, detailed plans, area level common plans or municipal level common plans based on regulations in the land law, that is to say it is only that the list of territory planning documents, based on which land can be taken for large projects is expanded.

The territory planning law outlines that the author of the territory planning documents can furthermore make use of different scales to express rulings clearly and legibly. In the cases where the taking of land for public needs is specified in municipal common plans, the chosen scale will have to clearly legibly express the specific plot of land taken for public needs.

The land would be taken at market prices, which currently are fluctuating from 100 euro to 1,000 euro per are depending on the area. Based on inquiries received by VšĮ Investuok Lietuva [Invest Lithuania], the land needed for the implementation of large projects ranges from 30 to 100 hectares, however it is planned for large projects being implemented in state land and (or) municipal land, thus it is presumed that only 10% of the land would be private.

In consideration of this, state expenses could comprise from 30 thousand to a million euro. However, this land would later be rented or sold to the investors at market values, thus the overall influence on the state budget would be positive," the ministry remarked on the price of its plans.