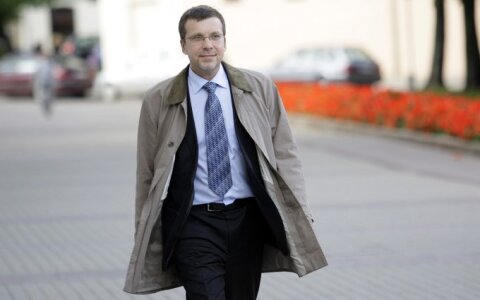 We know love is blind. It is inexplicable. We can say the same about voter sympathies. Sociologist, after evaluating citizens’ interests, social status and prevalent moods can in part guess their preferences, though truth be told, typically it is already past facts that are analysed, which are granted a more or less suitable basis post factum, Saulius Spurga writes on lzinios.lt.

However, scientific analysis becomes completely helpless when faced with the so-called politician's charisma. You can talk about it when voters vote for a certain individual, but cannot explain why they are. The politician simply charms them and by voting thus, people feel happiness. Voting for charismatic politicians often surpasses the limits of social strata, unites the rich with the poor, the liberals with the social democrats. You cannot fight charisma.

You cannot plan it, program it or model it. Sometimes it appears where it shouldn't. And when charisma is needed to represent a real, honourable matter, it may be nowhere to be found. Powerful Western parties with hundreds of thousands of members struggle for decades to find an inspiring leader. There are many wise individuals, many handsome or beautiful individuals, but not a single charismatic person.

Related articles
Vladimiras Laučius. The new Nausėda: lessons from Grybauskaitė and compliments from Butkevičius
These presidential elections will be different: intrigue awaits

I will present four Lithuanian politicians, who were gifted or still are gifted with this special gift – charisma. Since it is inexplicable, perhaps linked to the depths of our consciousness, which we inherited from our distant forefathers. As we know, the archetypes of the consciousness are well represented by the gods of antiquity. Hence, let us play based on such rules.

Algirdas Brazauskas was the first politician who conquered Lithuanians' hearts at the dawn of independence. His biography seemingly was unsuited for the period – a figure in the Communist Party, the first secretary of the Lithuanian Communist Party. However, the appeal of this man's chiselled features and wide shoulders was irresistible. A real Zeus, the chief of the gods, the patron and father of both gods and humans. Who could match him? Zeus was, of course, not without sin. Equally there were A. Brazauskas' matters with the Draugystė hotel, the patronage of the nomenclature clan, "vsio zakono" – the nation knew well about it, however there was simply no matter which would have been able to harm A. Brazauskas' reputation in the eyes of the people.

Another charismatic politician whom most could not resist is Viktor Uspaskich. He is Dionysus, the Greek mythological god of wine making and extasy, who was typified by freedom, wildness and joyful interaction. First, V. Uspaskich gained fame as a TV figure created by an actor. V. Uspaskich turned that persona into a real individual. His numerous flaws were known to all of Lithuania, however, unlike almost any other politician, they became the source of his boundless popularity.

Both the Labour Party's bookkeeping case and also doubts about his diploma from the G. Plechanov Academy would turn into a colourful Dionysian comic, which was enjoyable and interesting to watch. Just think, what other politician would be forgiven requesting political asylum in Russia? It would seem that voters voted for V. Uspaskich simply to see the continuation of the comic. Hence it is now interesting if he will be able to return to politics. Today's V. Uspaskich is no Dionysus, but an odd health guru. Will this incarnation seem charismatic to voters as well?

Dalia Grybauskaitė should be included among charismatic politicians. She herself likely did not hold major political ambitions, however most people saw this woman as a leader. In her first elections, immediately a presidential bid, D. Grybauskaitė received 68.2% of the vote, more than even A. Brazauskas at his best. In her re-election bid, she essentially also had no competition. D. Grybauskaitė's confidence ratings are always high. Of course, she is rather different from both A. Brazauskas and V. Uspaskich. D. Grybauskaitė is Artemis, the goddess of the hunt, pictured with a bow and arrow.

And finally, Gitanas Nausėda, a bank analyst and collector. Looking at this person's biography one can see that he is an unexceptional Lithuanian citizen. Yes, based on his office G. Nausėda often spoke with the news media, but there are a number of such speakers. Logical presentation of thoughts, pleasant countenance, hypnotising voice modulation and you have Lithuania underfoot. As G. Nausėda has said himself, instead of "Good day", he typically hears "Well, are you going to run for president?" After years of squirming, the man could no longer hold back and obeyed such fervent desires from the nation. G. Nausėda is Apollo, the god of sunlight, patron of he arts, oracle and healer.

As we see, in little Lithuania we have relatively many charismatic politicians. Each of them has a completely different charisma. This proves yet again, just how hard it is to predict the fortunes of politicians.

Saulius Spurga is a docent at Mykolas Romeris University.