In the last 2 years, number of MPs declaring their meetings with interest groups or lobbyists doubles 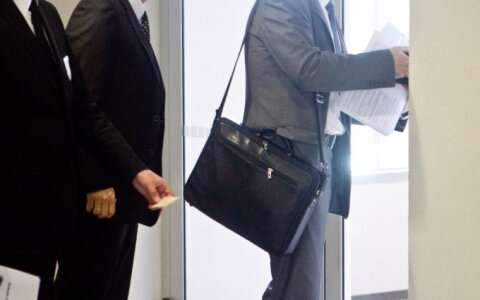 In the last 2 years, the number of Lithuanian MPs who declare with which interest groups or lobbyists they meet has doubled. Last year, parliamentarians also announced 1,5 times more meetings than in 2017. These figures are reported in research conducted by Transparency International Lithuania, which includes information from manosusitikimai.lt, official work calendars, and personal websites of the parliamentarians.

The most active, as of the 2018 spring session, was the Liberal Movement political group—10 out of 12 members publicized with what interest groups they met (93 meetings). 39 politicians out of 51 announced meetings in the Lithuanian Farmer and Green Union Group (438 meetings).

"A good politician is an active and transparent politician. I am glad that more and more members of Parliament and politicians throughout the entire country are taking up the habit of being transparent about whom they meet and what those meetings are about," says Sergejus Muravjovas, the CEO of Transparency International Lithuania.

The largest number of meetings were held with NGO representatives (229), business associations and businessmen (192), science (144), and medicine (47). 9 Parliamentarians claimed their meetings with registered lobbyists (11).

For research purposes, the only information that was publicly available between 10th of September 2018 and 16th of February 2019 was taken from official working calendars, personal websites, and entries made in manosusitikimai.lt about the interest groups that the parliamentarians met with.

In the last 2 years, number of MPs declaring their meetings with interest groups or lobbyists doubles