EHU gets new permit to continue operating in Vilnius 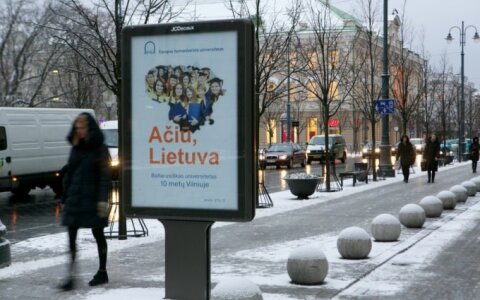 The Vilnius-based European Humanities University (EHU) has been given a new activity permit after Minister of Education, Science and Sports Algirdas Monkevicius signed it on Friday, the ministry told BNS Lithuania.

The EHU was under threat of closure following a negative assessment but was later thrown a lifeline by the state which granted a special status for universities operating in exile due to political reasons.

"The new permit for studies crowns the university's transitional period. Now our university is starting the internationalization of the studies process and the academic environment," EHU rector Sergei Ignatov was quoted as saying in a statement.

The EHU plans to accept students for nine programs in 2019.

The EHU is a private university, established in Minsk in 1992, but was later closed down by Belarus' authorities. It accepted the Lithuanian government's invitation and moved to Vilnius in 2004.

Since its establishment, over 3,000 people graduated from this university, including over 2,000 graduates received diplomas in Vilnius.

EHU gets new permit to continue operating in Vilnius