Lithuania hands note to Russia over threats to embassy staff 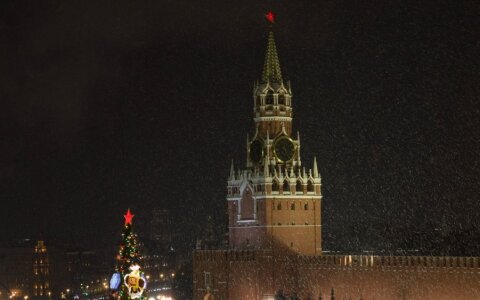 Lithuania has delivered a diplomatic note to Russia over threats to its embassy staff and their family members in Moscow.

The note was handed to a representative of Russia's embassy in Vilnius on Friday, the Lithuanian Foreign Ministry said.

"On March 31, the Lithuanian embassy in Moscow received a threatening letter calling on the embassy staff and their family members to leave Moscow in a month's time (and) linked to the Vilnius Regional Court's judgment in the January 13 case," the ministry said in a press release.

The letter was signed by Russia's Veterans, an organization bringing together veterans of Russia's special services.

On April 1, the Lithuanian embassy asked the Russian Foreign Ministry to investigate the incident and "to ensure the physical security of the embassy staff and their family members".

With no official reaction yet from the Russian Foreign Ministry or other authorities, the request was reiterated to the embassy's representative, who was summoned on Friday, the Lithuanian ministry said, adding that it has taken the necessary measures to step up the protection of the embassy and its staff in Moscow.

Lithuania hands note to Russia over threats to embassy staff