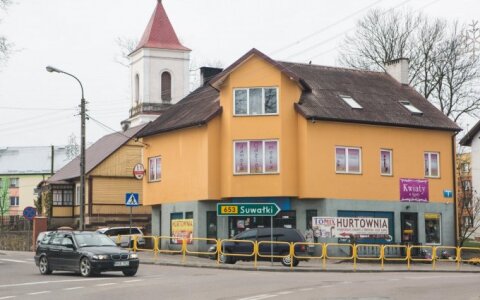 Lithuanian Government Vice Chancellor Deividas Matulionis and officials from the Education, Science and Sport Minister and the centralized public property manager Turto Bankas are going to the Polish town of Suwalki on Tuesday to look around premises where a Lithuanian cultural center is planned to be opened.

"Suwalki has quite a large Lithuanian community, but it does not have any community center. This is a request from the local community," Matulionis told BNS.

The center may also house a Lithuanian kindergarten. The current plan is to lease the premises.

"The community does not have the money and will need some form of support. I think (the building) would be leased, rather than purchased. We don't have the funds to purchase it," the vice chancellor said.

Prime Minister Saulius Skvernelis has discussed the need for a Lithuanian education and culture center at bilateral meetings with the leaders of Poland and the northeastern region of Suwalki.

Last February, Skvernelis said he hoped that such a center could be opened in September.

The Lithuanian prime minister raised the issue during a meeting with his Polish counterpart, Mateusz Morawiecki, last September. Skvernelis said then that Morawiecki had promised to deal with the issue of a building for the center.