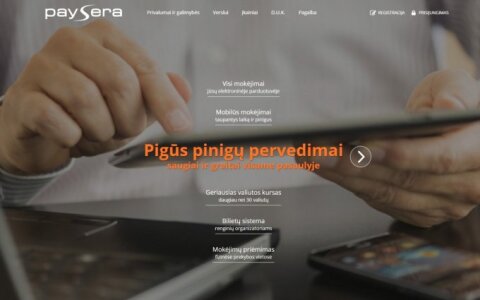 "We have to acknowledge that the first STO in Lithuania was unsuccessful and, by the decision of all shareholders of the group, we have to exercise our right to cancel the offering after failing to reach the minimum target," Kostas Noreika, the Paysera Group's main shareholder, said in a statement on Thursday.

Paysera expected to raise 2.5 million euros to help finance the group's expansion in Lithuania and other European countries.

The company planned to sell at least 1 million securities and attract at least 1,000 new customers.

Noreika said that despite the failure, the company will go ahead with its investment plans, but will use its retain earnings as the source of funding.

The Paysera Group posted a net profit of 1.5 million euros last year as revenue soared by 39 percent to 10.6 million euros.