Vilnius Airport waits for make over: 130 mln eur to be invested 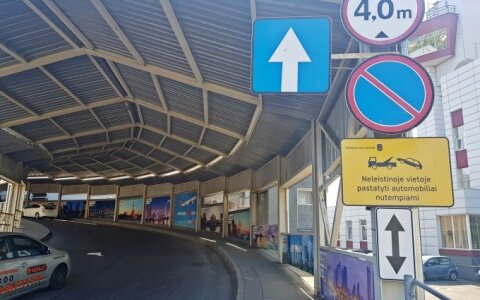 Around 130 million euros will be invested into the expansion and reconstruction of Lithuania's largest Vilnius Airport over the next four years, until 2022, and annual revenue of Lietuvos Oro Uostai (Lithuanian Airports, LOU), the sate-run operator of three airports in Lithuania, is set to grow by around 43 percent to 63 million euros.

"Vilnius Airport's existing infrastructure is not adapted to the existing passenger flows and does not meet the minimal passenger experience rates which are critical if Lithuania wants to expand its accessibility map by attracting new airlines, launching new routes as well as maintaining its passenger growth potential," the document reads.

Moreover, the construction of a multi-storey car park is scheduled to be finished at Vilnius Airport by the end of this year, and it will house a car rental center, charging stations for electric cars and will provide other services.

Lietuvos Oro Uostai posted almost 44 million euros in revenue last year, up 32.9 percent, with the majority of it coming from its main activity accounting for 29.4 million euros, up 34.2 percent year-on-year. Its net profits more then trebled to 8.4 million euros last year.

Vilnius Airport waits for make over: 130 mln eur to be invested