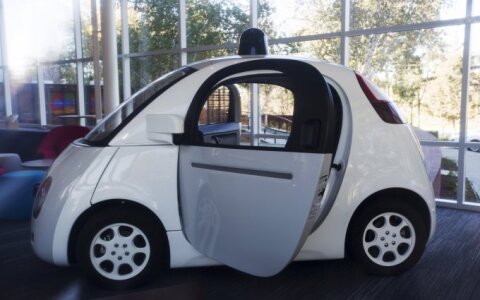 Lithuania is putting a lot of effort and is ready to test driverless cars, the country's Transport Minister says.

"Yes, we don’t have the 5G network yet but we have the 4G network which is not overloaded and could service a certain number of driverless cars, and Lithuania is ready for testing. We just need an application for testing cars, and we think the authorities could do all the paper work in less than a month for such testing to be possible," the minister said on Thursday, addressing participants of the Mobility Tech 2019 event.

In his words, discussions are underway with Poland, Latvia and Estonia to create a corridor through all of those countries to test this technology.

Vilnius is hosting a meeting of high-level experts on Thursday and they are discussing the prospect of driverless cars in the EU and will contribute to the drafting of EU policy guidelines in this area.

"As a small country, we have a possibility to amend laws in response to technological development and we want to hear what we need to change in our legislation for this technology to appear on Lithuania's road as fast as possible," Masiulis said.

Masiulis also underlined that Lithuania has a well-developed sharing economy and such companies like CityBee and Spark create great possibilities to test driverless cars as part of sharing services as well.