Public to get access to Baltic organization BATUN's archives 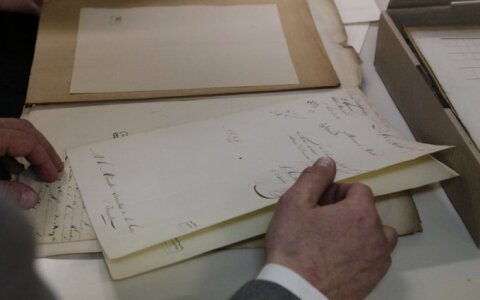 The archives of the Baltic Appeal to the United Nations (BATUN), a Baltic emigrant organization, will be made available to the public after they are handed over to Latvia's national archives, Lithuania's Ministry of Foreign Affairs announced on Friday.

A memorandum on the handover of documents has been signed by the Lithuanian, Latvian and Estonian ambassadors to the United Nations and BATUN representatives.

Up until now, the archives have been kept in New York by the local Latvian community, and they will arrive in Riga in July when researchers and members of the public will be able to get more closely acquainted with BATUN activity, according to the statement.

The roots of the BATUM movement go back to the sixties when around 14,000 Lithuanians, Latvians and Estonians attended a rally in the Madison Square Garden in New York City on November, 13, 1965 to protest against the occupation of the Baltic states at the initiative of the committee's chairman Antanas Mazeika and honorary chairman Monsignor Jonas Balkunas.

Formally, BATUB was established in 1966 as a movement of emigrants from Lithuania, Latvia and Estonia who sought the independence of the Baltic states and their UN membership.

BATUN raised the issue of the Baltic states' independence at the United Nations and condemned the Molotov-Ribbentrop Pact.

Public to get access to Baltic organization BATUN's archives