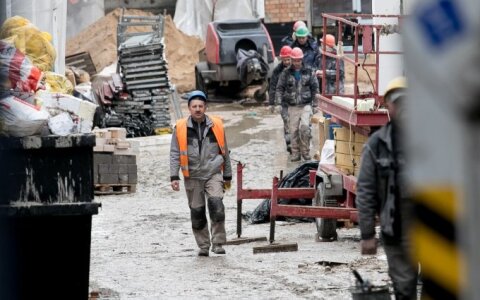 Real estate sales rose 7 percent in the first seven months of this year in Lithuania, with almost 75,000 units having changed hands, according to preliminary data from the country's Center of Registers.

In July alone, some 12,000 real estate transactions were recorded, up by a tenth year-on-year and up 15 percent from June.

"The real estate market expanded in July after a drop in the number of sold real estate in June. It was probably partly determined by technical matters as previously agreed transactions were registered in July. Looking at the whole year's tendencies, there's been modest market growth so far, which has been observed over the whole of the year," Paulius Rudzkis of the Center of Registers said in a statement.

Over 20,000 apartments changed owners in the seven months, up 5 percent from January-July last year. The sales of single homes rose 9.7 percent to 6,500, and also over 37,000 land lots were sold during the period, up 8 percent.