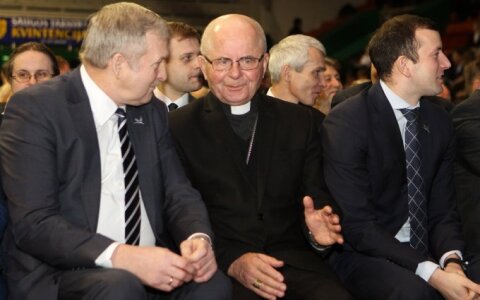 He will be one of 13 new cardinals who will be officially appointed on Oct 5.

Tamkevicius was a dissident during the Soviet occupation and used to publish The Chronicle of the Catholic Church in Lithuania which wrote about the persecution of believers in Lithuania occupied by the Soviets.

He was arrested in 1983 for anti-soviet propaganda and agitating the people and spent 10 years in the prison work camps of Perm and Mordovia.

During the pope's visit to Lithuania last year, Tamkevicius accompanied Pope Francis to a former KGB prison in Vilnius where he was a prisoner in 1983.

The pope announced that Tamkevicius was appointed a cardinal for his honorary service to the Church.