Plan to ban use of glyphosate in Lithuania 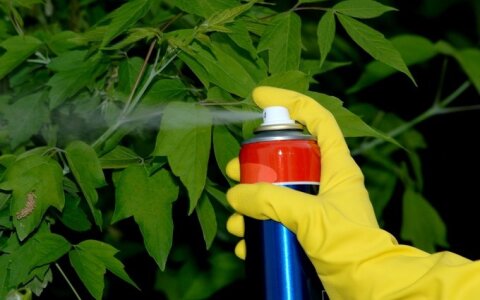 MP Linas Balsys has registered legislative amendments to ban the use of the controversial weedkiller glyphosate in Lithuania.

Balsys, a member of the Social Democratic Party's political group in the Seimas, says the amendments to the Law on Plant Protection are needed amid growing concerns about the adverse environmental and human health effects of the weedkiller which is widely used in agriculture.

"An increasing number of European nations are taking steps to restrict the use of this herbicide on their territory, without waiting for the European Commission's instructions," the lawmaker said in a statement.

"This year alone, Austria, France and Germany -- countries that are actively developing their agriculture -- adopted some or other form of legislation banning glyphosate," Balsys said. "I have no doubt that such bans will be imposed in other countries as well."

"Discussions about a glyphosate ban must be brought into Lithuania's political agenda, too," he added.

In the autumn of 2017, the European Commission envisaged that the bloc chould stop using glyphosate in 2023, a proposal approved by Lithuania. However, the EU left it up to member states to decide whether they want to place restrictions on the use of the weedkiller at national level earlier.

Balsys says a ban on the use of glyphosate in Lithuania could take effect next July.

Glyphosate was developed by Monsanto under the Roundup brand name in the US in the 1970s. The US chemical company was acquired by the German chemical and pharmaceutical giant Bayer last year.

Plan to ban use of glyphosate in Lithuania