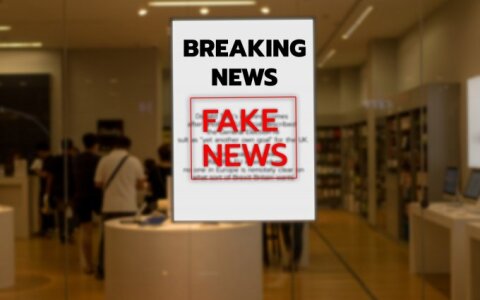 Hackers have sent out a fake press release claiming to be from the Lithuanian Foreign Ministry and alleging that President Gitanas Nauseda has asked the United States to build a military base in Lithuania and relocate nuclear weapons to the country.

"The Ministry of Foreign Affairs of Lithuania would like to inform you that the ministry's Communication and Cultural Diplomacy Department did not issue the press release of 18 October about an intention to build a US military base in Lithuania," the ministry said in a statement on Friday.

"This is likely a complex cyber-information attack. Competent authorities are currently investigating the incident," it added.

It was sent from media@urm.lt, the mail address used by the ministry's Communication and Cultural Diplomacy Department for press releases.

The fake release claims that the president has proposed tthat the US build a military base in Lithuania and relocate nuclear weapons from the Incirlik base in Turkey to the Baltic country. 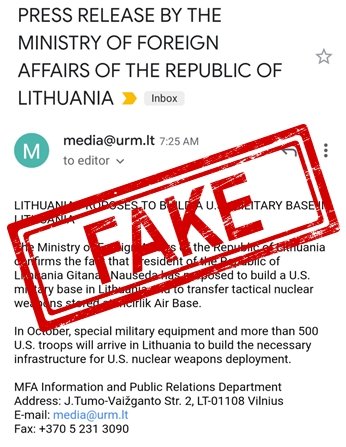 Jakilaitiene said the ministry had turned to the National Center for Cyber ​​Security.

A military spokesman said the attack was apparently linked to the deployment of a rotational US battalion in Lithuania.

"This topic will likely be escalated over and over again with the aim of discrediting," Laimis Bratikas, head of the Military Public Relations Division of the Lithuanian Armed Forces' Strategic Communications Department, told BNS.

According to him, the Chancellery of the Armed Forces and some military units were among the recipients of the fake release.

The first troops of the US battalion being deployed to Lithuania for six months came to the country earlier this week.