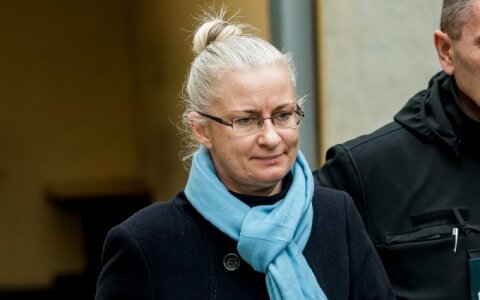 The Kaunas District Court extended on Friday the arrest warrant for Neringa Venckiene for two months, according to the lawyer of the former judge and lawmaker who returned to Lithuania on Wednesday after being extradited from the United States.

"I'm surprised that (the court) fully granted the prosecutor's request, kept in place the arrest (as the measure of restraint) and set a two-month term," Sonata Zukauskiene told reporters.

The lawyer said her client would appeal the court's decision.

Venckiene is suspected of refusing to obey a court order, resisting a police officer, hindering a bailiff, and hitting Laimute Stankunaite, the mother of her niece, in the face. She is asking for a milder measure of restraint.

She fled Lithuania in 2013 and was arrested in Chicago in February 2018.