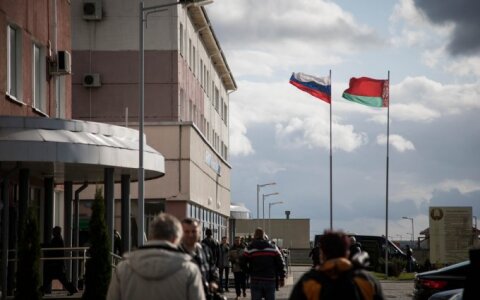 Belarus should delay the launch of its Astravyets nuclear power plant until all stress test recommendations have been fulfilled, an advisor to Lithuanian President Gitanas Nauseda said on Tuesday.

"We are watching the public sphere and can see that decisions to bring in fuel, load and launch the power plant keep being put off," Jaroslav Neverovic told the Ziniu Radijas radio station.

"We believe that these decisions should be postponed altogether until all stress test recommendations made to Belarus by EU exports have been implemented," he added.

According to the advisor, the Astravyets plant is increasingly becoming a Russian project and a tool of influence for Moscow, which should be cause for concern to Belarus.

"I think it should be noted here that it is in Belarus' own interest to see that process and not yield to it," he said.

In 2017, the Lithuanian parliament passed a law declaring the Astravyets plant a threat to national security, environment and public health. It has also adopted a law banning electricity imports from unsafe plants.

Lithuania has also adopted a law banning electricity imports from unsafe plants. The government says the Astravyets plant under construction some 50 kilometers from Vilnius fails to meet international safety standards, an allegation that Minsk denies.

Belarus says nuclear fuel for the plant's first reactor will be delivered by the end of the year and the facility will be launched next January.