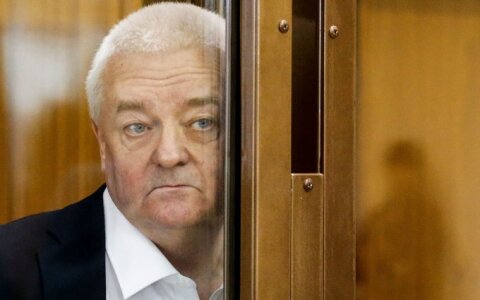 Norwegian citizen Frode Berg was flown to Norway from Lithuania on Saturday and is at an undisclosed location in eastern Norwat with his family, according to local media reports.

Freed during the recent Lithuanian-Norwegian spy swap, Berg flew to Norway from Vilnius on a private plane on Saturday night, according to the Norwegian broadcaster NRK and the VG news website, citing Berg's lawyer Brynjulf Risnes.

According to the lawyer, Berg might hold a press conference on Tuesday.

Having spent two years in prison in Russia, Berg thanked everyone for support in a video published on Facebook on Friday, and a separate word of thank you was said to Lithuanian President Gitanas Nauseda.

In exchange, Lithuanian handed over to Russia two of its citizens who were convicted in Lithuania for spying.

Berg was detained in Moscow in 2017 and later sentenced to 14 years in prison for spying.