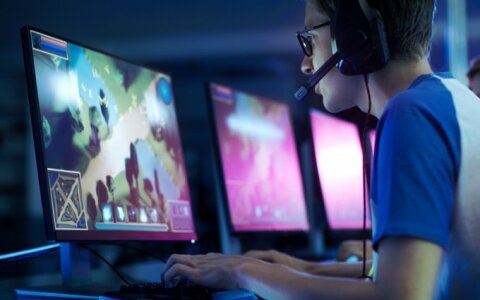 This investment is one of the largest early-stage investments in this business field, and the largest of this kind in Lithuania, informs Kaunas Municipality. Helis Play is the company founded by Kaunas University of Technology (KTU) alumnus Vytis Uogintas and his colleague Žygimantas Mikšta.

According to the founders of Helis Play, the investment will allow further development of the Eneba platform, and expand business in the market of video games, which estimated worth is around 138 billion dollars.

“At the moment we have more than two million unique visitors from all over the world. On our platform, the games are being sold and bought by gamers from Lithuania, Germany, Spain, France, Netherlands and other countries”, says Uogintas, Co-Founder and CEO at Eneba.

Currently, Eneba is offering its services in European and South American markets; its founders believe that the platform will reach EUR 8 million turnover by the end of the year.

Uogintas is convinced that the InReach Ventures investment will allow to expand eneba.com geography and to solve problems occurring in the secondary market for video games’ purchasing. The lack of trust between the seller and the buyer, the risk of fraud and complications related to the accessibility of games in certain regions of the world are the most serious challenges, and the attracted funds will be dedicated for their solution.

InReach Ventures is using artificial intelligence in order to find and assess the most perspective early-stage European startups. In the past, InReach Ventures trusted the success of the Oberlo platform, also founded in Lithuania; in 2017, the startup was sold to Shopify for more than 15 million dollars.

“With the help of the software, we are constantly looking for the best European technology startups. Every year, we check tens of thousands of new startups, from which we choose the best ones. We decided to invest in Eneba after meeting with its managers – Helis Play has a unique team, which is paying great attention to the end user of their platform. This is the philosophy of the most successful global internet companies”, says Roberto Bonanzinga, Co-Founder of InReach Ventures.

Co-founders of Helis Play Žygimantas Mikšta and Vytis Uogintas have been working together since 2012. In that year, they founded digital marketing company SeoHelis and acquired the creative advertising company Kokosas, which are now merged into digital agency WhatAbout. In 2016, Mikšta and Uogintas created the software programming company Helis LT, which was sold to Tesonet at the end of the last year. This decision allowed them to concentrate on the development of eneba.com, which was noticed by the algorithms of InReach Ventures.