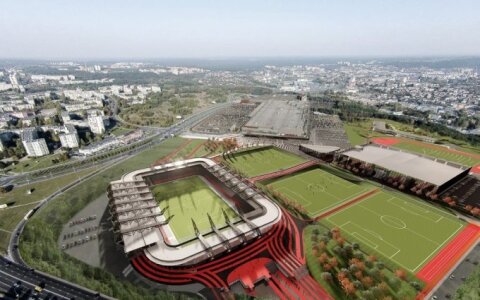 The costs of the Vilnius authorities and the government on the construction and maintenance of a national stadium can reach 155.9 million euros, the authorities in the Lithuanian capital say.

Povilas Poderskis, director of administration at Vilnius City Municipality, says the stated amount would be the city and the state's joint commitment for a period of 25 years.

"That's an annual payment to the investor through the whole concession period, plus the government's part," Poderskis told journalists on Friday.

The government's share would stand at 54.5 million euros, and that of the Vilnius municipality would amount to over 100 million euros.