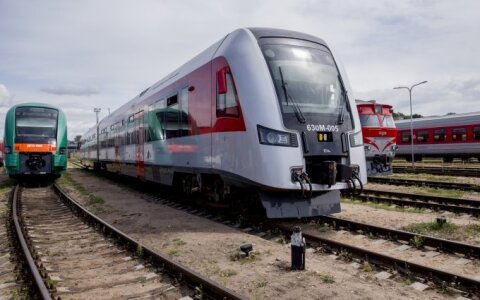 Lithuania's state-run railway company Lietuvos Gelezinkeliai (Lithuanian Railways, LG) has signed a contract, worth 363 million euros, for the electrification of the Vilnius railway hub and the Kaisiadorys-Klaipeda railway, with Spanish company Elecnor on Friday after Transport Minister Jaroslav Narkevic allowed to sign it on Thursday.

Bartuska stated that the project would create economic value of around 500 million euros and will also help to reduce pollution.

"It is important not only for economic reasons but for ecological as well. We are reducing CO2 emissions, which is a great benefit, which exceeds 700 million euros," Bartuska said during the signing.

The contract was signed after the other tender participant – Spain's Cobra Instalaciones Y Servicios – did not appeal by the deadline of Thursday's midnight. Transport Minister Jaroslav Narkevic allowed signing it on Thursday.

Lietuvos Gelezinkeliai plans to complete the project, which received 200 million euros in funding from the European Commission, by the end of 2023.