Lukiškės Prison: bringing the past into the future 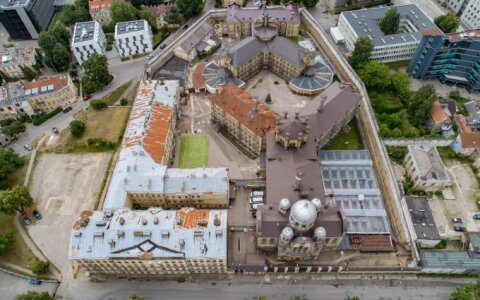 The prison complex in Lukiškės has always been a multifunctional space. At the time of its construction, in 1904, it was one of the most modern prison facilities in the Russian Empire, with spaces designated for work, prayer, punishment, administrative functions and the provision of health care services.

When it was finally closed 115 years later in July 2019, a lively discussion began about its preservation and potential future use. Should it be adapted for living or hospitality purposes? Or should it be a hub for business or the arts? These are some of the ideas being floated around as Vilnius tries to find a contemporary use for this complex of buildings that has always been more than merely a collection of buildings.

The Lukiškės prison was built to house nearly 700 inmates and occupies a sizeable area of central Vilnius–it stands on valuable land just a stone’s throw from the National Parliament. Given the former prison complex’s layout and location, it is likely that the buildings will remain multifunctional in the future, as well. As we contemplate that future, let us consider the former prison’s broader historical and social significance and the purpose the former prison serves as a public space of memory.

Related articles
Investigation: transfer from Lukiškės prison potentially violated rights of convicts
Lukiskes prison to be moved out of Vilnius in July

The prison complex, as it is today, could easily be a museum of twentieth-century Vilnius. The buildings are at the same time a specific urban space and an artifact, that history could be told as a series of stories not just about crime and punishment, but also about the social and political evolution of the city and the region in light of the various regimes that used it. Such a museum would include Tsarist repressions against various nationalists and revolutionaries – particularly after the revolution of 1905. During World War I, the German occupying regime used the prison for the mass incarceration of political activists like Lithuanian publisher and lawyer Jonas Vileišis, who later became one of the signatories of Lithuania’s declaration of independence. 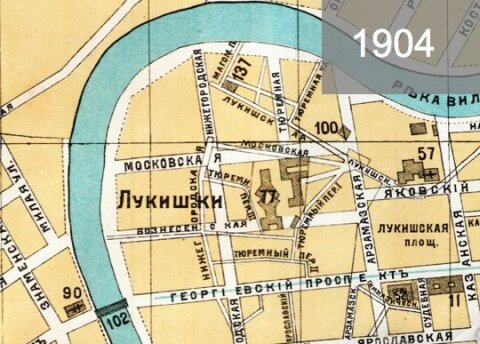 Polish interwar authorities used the Lukiškės prison to incarcerate communists and socialists along with Belarusian, Jewish, and Lithuanian nationalists. We know more about the prison as a cog in the system of Sovietization following the occupations of 1940 and 1944 – when it served as the site of the mass imprisonment of Lithuanian and Polish members of the anti-Soviet resistance movement, many of whom were later executed. We know less about Lukiškės as the locus of German violence committed against Vilnius’s residents. 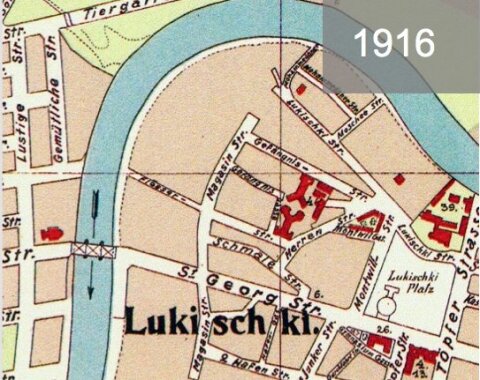 During the Nazi occupation, the prison served as a transit point for the thousands of Jews violently expelled from the ghetto before they were taken to the outskirts of the city to be killed. It was also the site of atrocities committed against others groups, including the Polish Roman Catholic clergy of Viilnius, who were forced out of their monasteries and the theological academy and imprisoned there in 1942. 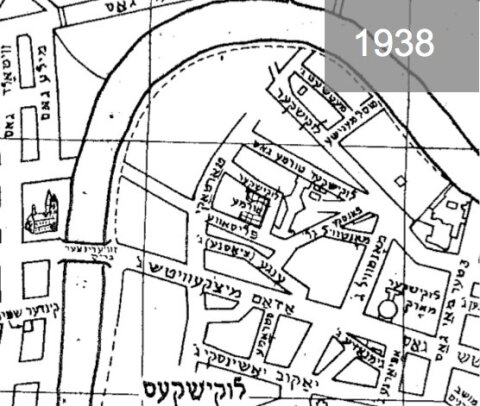 After 1990, Lukiškės became the site where, within the space of five years, the newly independent Republic of Lithuania executed seven of its own citizens—not on ideological grounds, but for crimes punishable by death. 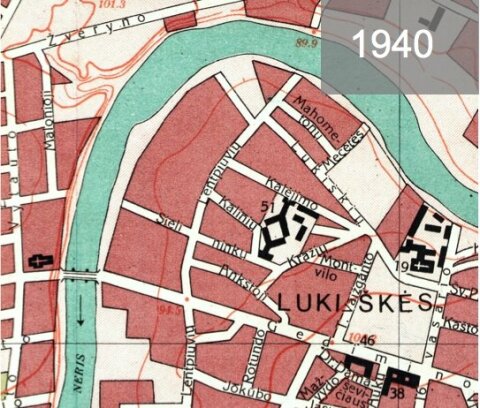 To hear the story in this chronological and state-centered way makes Lukiškės sound like a rather contaminated space—more than the sum of its brick walls and cell doors, but a dark and sinister place. An alternative to this state-centered perspective is to consider the prison as a site of everyday life, where inmates lived together in a unique milieu of diverse social and religious backgrounds. Within Luiškės’ confines, Lithuanians and Belarusians, Jews and Poles, Catholics and the Orthodox shared not only cells, but also their everyday lives, and interacted with one another in ways that would have been unimaginable outside the prison’s walls. 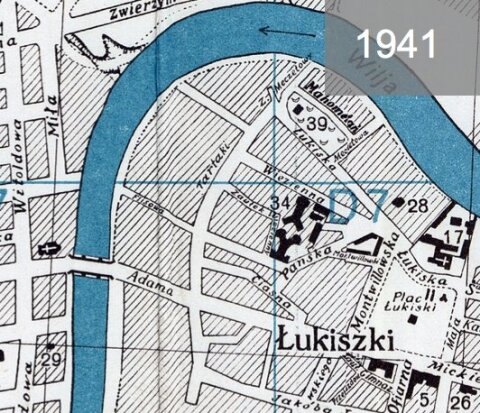 It is not fortuitous that Tsarist authorities attached to the prison not only a Russian Orthodox Church, St. Nicholas, which is visible from outside its walls, but also a Roman Catholic chapel. The chapel’s remains are now barely recognizable and form part of a corridor in the central building. Somewhat ironically, the space in the rear of the building the building and used until recently as a Roman Catholic chapel, had originally been designated for Jewish prayer. The Tsarist architects, from the very beginning, designed the space for religious purposes.

From this point of view, the Lukiškės prison could well be considered a “heterotopian space of inclusion,” a place where people from a diverse range of social strata mixed, mingled, and produced a fascinating multicultural environment. To give just one example of this: while imprisoned at Lukiškes during World War I, Belarusian writer Frančišak Aliachnovič wrote his dramatic piece, “Na Antokole” in Polish before translating it himself to Belarusian. Most of us don’t think of prisons as spaces for cultural production, but this is what Lukiškės prison became. 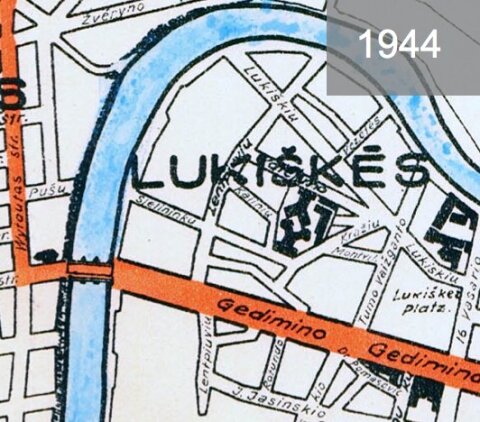 A social history of the prison should also note the role of the prison’s guards. The guards, who like the inmates were also residents of the city, carried out surveillance and committed violence on behalf of various regimes – including the Soviet and German occupational regimes, which were supported by local prison guards. But the guards were not impersonal administrators. Russian, Polish, and Lithuanian guards communicated personally with inmates on a daily basis. Often they smuggled news, money, goods, and political messages in and out of the prison. Contrary to popular imagination, the Lukiškės prison was never a space entirely cut off from society. From the very beginning, lines of communication existed to the outside, and to subversive movements and persecuted groups.

As we plan the future of the prison complex, we should consider these and other insights that could be gained from studying its rich history—a history deserving of a place alongside the other uses to which the complex will be put. There is a need for more extensive scientific architectural and archeological investigation, that include magnetometry, lidar, ground penetrating radar work, detailed archeological excavations tailored to understand what is behind the walls and underground at the Lukiškės compound. Insights derived from multi-proxy investigations would help us decide how to best shape the future of this newly-opened urban space, while ensuring the continuity and communication between past, present, and future for which Vilnius is renowned.

Lukiškės Prison: bringing the past into the future