Number of barred people up as immigration grows 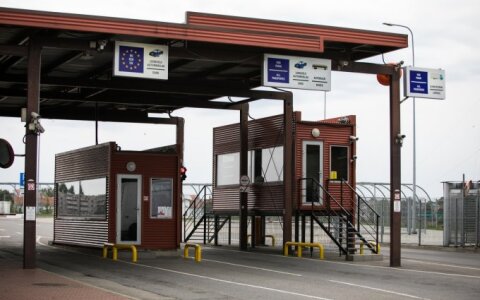 The number of people barred to enter Lithuania rose last year, and the country's State Border Guard Service links it to growing immigration.

"The total number of barred people rose mainly because more people were barred from Ukraine and Belarus," the SBGS told BNS.

"The rise in the number of Ukrainian citizens might be explained by the fact that Lithuanian employers are hiring more people from Ukraine," the service said.

The majority of people were barred from entering Lithuania last year because they did not have visas or residence permits, or did not have documents to justify their presence in the EU and its conditions.

Another frequent reason was that people arrived in vehicles that did not meet requirements in Lithuania and often lacked insurance or other documents, the SBGS said.

Growth is recorded in other areas supervised by border guards as the number of detained stolen cars went up by 51 percent last year. There were also more cases when thefts were disclosed using information from the Schengen and Interpol data bases.

Border guards pay attention to the fact that a large number of stolen Mercedes Benz Sprinter vans was recorded last year, with their pricy parts being one of the possible reasons.

Number of barred people up as immigration grows