Maxima might have sold contaminated meat for several days 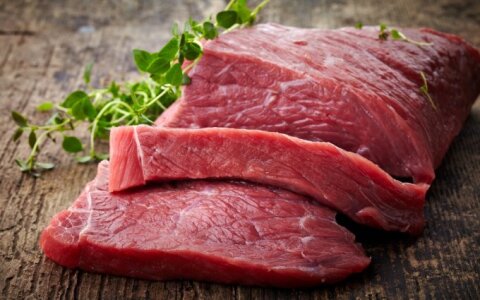 Salmonella-contaminated meat could have been sold at Maxima stores in Lithuania for several days, a representative of the country's State Food and veterinary Service, says.

Maxima learned about meat producer Biovela's unsafe products on Feb 3 but informed the service about it only on Feb 7, the SFVS's deputy director Mantas Staskevicius said, adding that unsafe meat could have been sold to customers.

"With no doubt, it might be so as it's a fairly big center and a large number of people. Measures we not applied until Feb 7 or we did not know about them," Staskeviciustold a press conference on Monday.

Lithuania's retail chain Maxima on Friday halted the sale of fresh meat after microbiological contamination was identified in pork neck and ham supplied by meat producer Biovela. The sale of meat was resumed on Saturday.

Maxima might have sold contaminated meat for several days