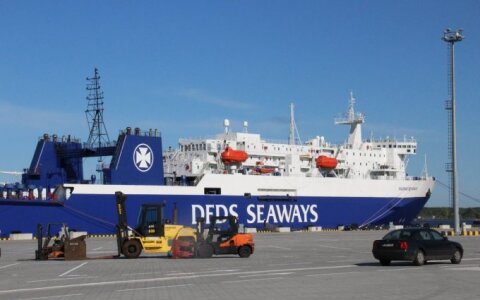 A Lithuanian has been taken from a ferry to a Klaipeda hospital after arriving from Sweden on Sunday and nine other passengers are waiting for additional health checks.

"Nine people are currently aboard the ship as their temperatures are being measured, and one has been taken to a hospital," Vaidas Klumbys, a spokesman for the international shipping and logistics company DFDS, told BNS.

All passengers were screened on arrival and a dozen of them were told to stay for additional checks, he said.

Vinsas Janusonis, the director of Klaipeda University Hospital, said they were making preparations to receive the ferry's passengers.

“We have just received information that a ferry from Sweden has arrived, and there are almost 20 passengers with fever and sneezing. We are evacuating our Unit Four to be ready to accommodate them," he told LRT.

The director said he had no detailed information, but confirmed that most of the passengers are Lithuanian nationals.