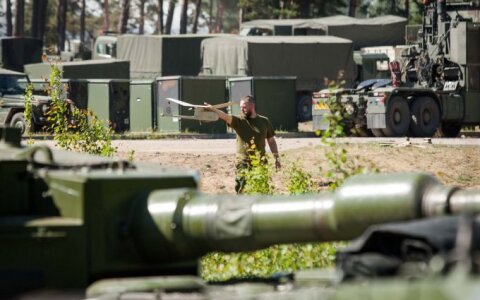 Eight troops from allies countries stationed in Lithuania as part of an international NATO battalion have tested positive for the new coronavirus, the Ministry of National Defense confirmed it to BNS on Tuesday.

"Up until now, eight battalion troops have tested positive. The first case was confirmed over the weekend and another seven were confirmed on Tuesday," Vita Ramanauskaite, an adviser to the national defense minister, told BNS.

She could not provide more details on which countries the infected troops represent.

A Dutch soldier who fell sick over the weekend, and another four Dutch troops with suspected coronavirus symptoms have been flown to the Netherlands.

The Germany-led NATO Enhanced Forward Presence Battlegroup has been stationed in Lithuania since February, 2017 and it was deployed in response to Russia's aggression against Ukraine and its military activity in the region.