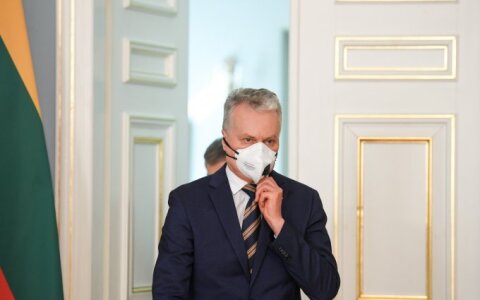 Lithuanian President Gitanas Nauseda has signed into law a legislative package introducing tougher penalties for those flouting quarantine rules and broadening the list of authorities that can impose fines for violations, Antanas Bubnelis, the president's spokesman, confirmed to BNS.

Under the amendments to the Code of Administrative Offences, fines for breaking the rules will range from 500 to 1,500 euros for private individuals and from 1,500 to 6,000 euros for businesses, up from the current fines of up to 140 euros and up to 600 euros, respectively.

Currently, fines for such violations can only be levied by the National Public Health Center and municipal administrations.

The nationwide quarantine was introduced in Lithuania on March 16 and will remain in place at least until April 13.