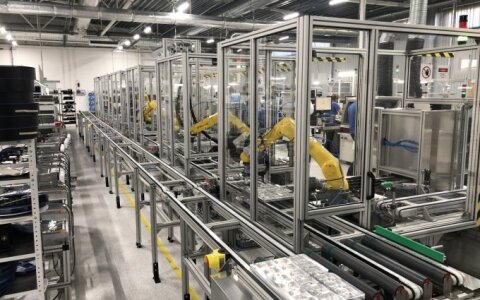 Arvydas Paukstys, the company's founder and one of the two shareholders, says the product has already been created and is awaiting certification.

"We need to perform medical tests and certify the product. We can launch production this month already, if it's certified. Everything now depends on bureaucratic processes and how fast we get confirmation that everything is all right," Paukstys told BNS.

In his words, the company will mainly produce machines for foreign markets as clients from Latin America, Africa and Eastern Europe are interested in them.

"The key goal is to export as when we realized that we cannot import ourselves, so how other countries will be able to do so if everything is closed now, and every country is taking care of itself," Paukstys said.

He says Teltonika aims at producing the cheapest and best machine affordable to African, Latin American countries, India etc. The Lithuanian company would be capable of producing up to one million of such machines, Paukstys said, adding that production volumes would depend on demand.

Usually, the creation of a machine takes around a year but it took only one month for Teltonika to do so, he added.

"It's a unique machine, the only in the world. A doctor can have remote access to that machine and monitor all parameters and even consult or help nurses, especially in those countries where there's a shortage of doctors or they cannot come to the hospital. It's a very important and unique function," Paukstys said.

In his words, the price of the first machines could amount to around 6,000 euros but is expected to go down later.