Flights to Warsaw and Oslo may resume soon 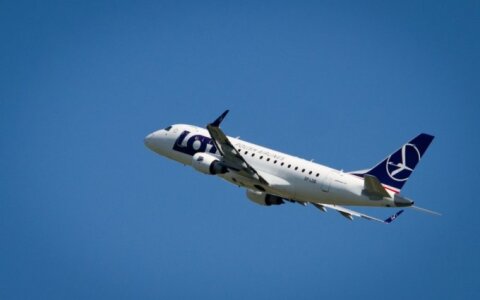 Regular flights from Lithuania to Warsaw and Oslo are likely to be relaunched in the near future, Prime Minister Saulius Skvernelis said on Tuesday.

"These routes that are either already open or may be opened in the near future: the decision on Lufthansa's service (to Frankfurt) has already been made, (as have decisions on) Air Baltic's flights in the Baltic states, and LOT's flights to Warsaw are apparently on the way and (flights to) Norway will also be discussed on Wednesday," he told reporters.

The Lithuanian tour operator last week failed to secure clearance from the Lithuanian Transport Safety Administration for its planned May 16-20 flights from Vilnius to Oslo, Dublin and London and back.

The company said it had sold about half of the tickets for the flights, but later refunded the money.

Flights to Warsaw and Oslo may resume soon