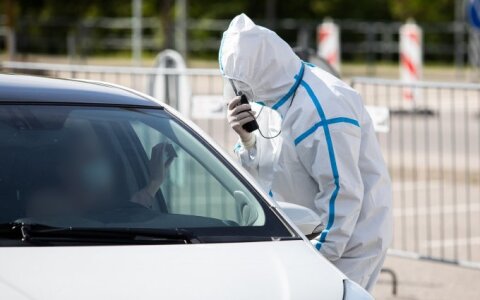 Lithuania’s government has drawn an action plan for the potential second wave of coronavirus, which provides for measures targeted at individual hotspots and does not involve the reintroduction of stringent economic restrictions similar to those put in place after the imposition of the lockdown in March, Prime Minister Saulius Skvernelis has said.

“I think many countries would now behave somewhat differently, as we have had painful lessons, the whole of Europe and the whole world, in managing the pandemic, detecting the cases, in behavior, including the public, as well as in our preventive handling of the pandemic… This time it would be individual localized hotspots – towns, districts, maybe counties. We would focus on targeted areas and, if an outbreak were established there and it were spreading, we would have to reintroduce the maximum shutdown measures [in that territory],” he told the Ziniu Radijas radio station on Thursday.

Lithuania imposed the lockdown on March 16, which entailed the shutdown of most shops, excluding food stores and drugstores, banning of public events and restriction of the provision of services. Lithuania’s citizens, with a few exceptions, were banned from leaving the country and Lithuania closed its borders for the majority of foreigners.

On April, the country shut down its air space for commercial flights and banned passenger travel by ferry, except the ferry line connecting Kiel and Klaipeda.

The lockdown regime, however, has recently been extended until June 16.